Gone With The Wind

Gone With The Wind is a dessert that my mom used to have at her Grandma’s, and we recently made it together, but while good needed some small tweaks to vamp it up. I hope you try this recipe out!

Make sure to go check out more of our amazing Desert Recipes! 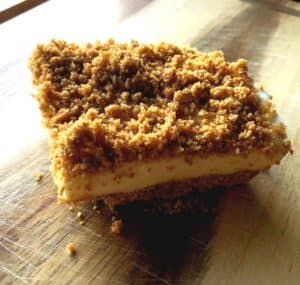 What ingredients did I use to vamp up this Gone With The Wind?

How do we make Gone With The Wind?

Ashton and Keaton began blogging together in 2016 as a passion project. Both siblings are lovers of food, family gatherings, and entrepreneurial pursuits, which made starting a food blog together a no-brainer. Mia married into the family in 2019 and joined Keat’s Eats shortly afterwards, bringing her INCREDIBLE Italian Macarons with her.
Power Bio Box by HOI
You are here: Home No Bake Gone With The Wind
Title:
Gone With The Wind
Authors:
Categories:
Mentions:
Not Specified
Keywords:
Not Specified
Last Updated:
September 21, 2020
All Recipes Dessert Mia No Bake
« Previous PostPerisky’s
Next Post » The Best Ever Turkey Burger