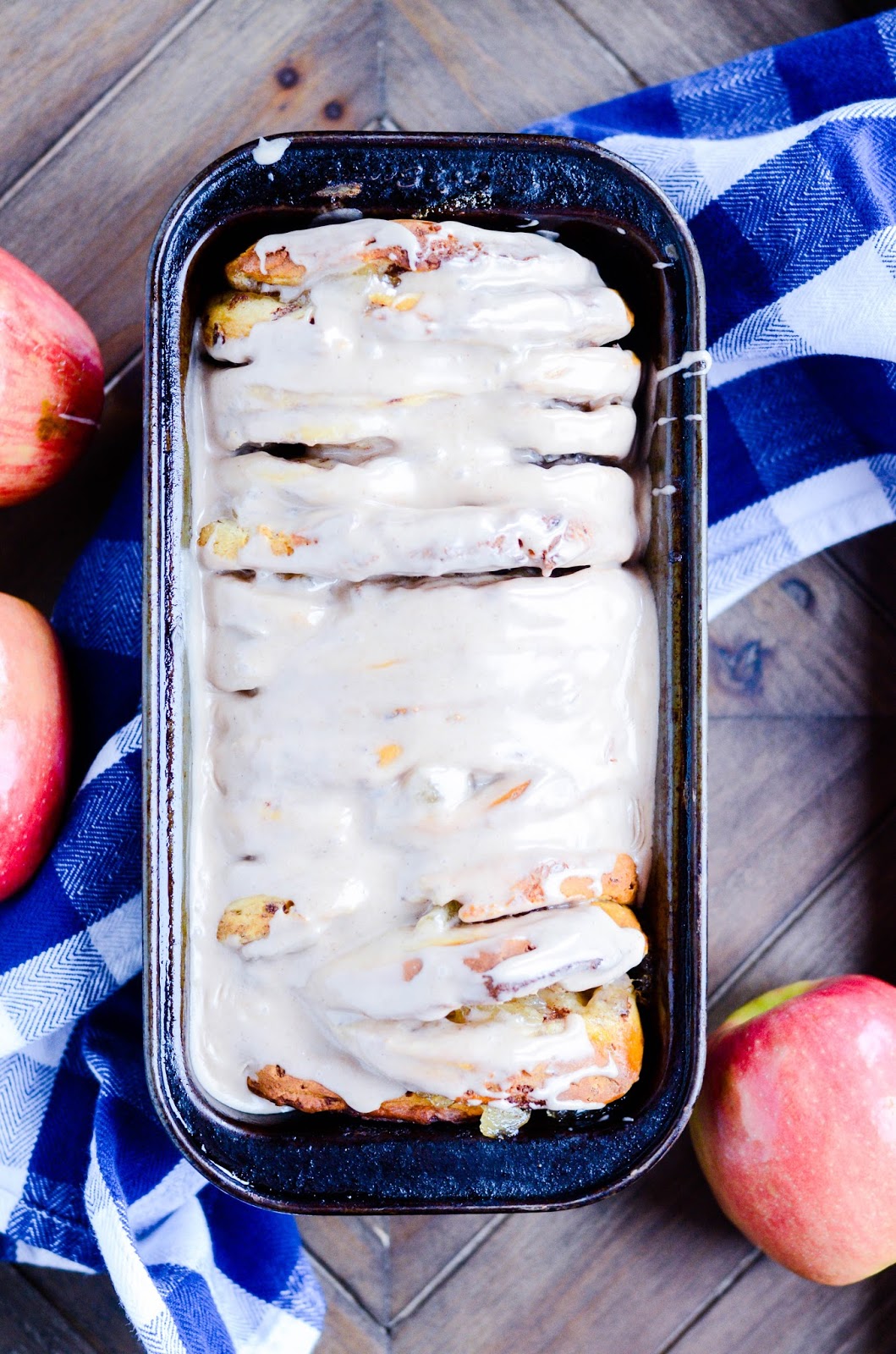 I LOVE the simplicity of this recipe. You need only THREE ingredients and about 30 minutes to fill your kitchen with aromatic smells of cinnamon, apples, and– dare I say it?– Fall! That’s right. It’s August and we are launching into Fall baking here on Keat’s Eats, and not a day too soon as far as I’m concerned.
And once you give this melt-in-your mouth Apple Pie Cinnamon Roll Pull Apart Bread a try, my guess is that you’ll be in the mood for Fall too 🙂 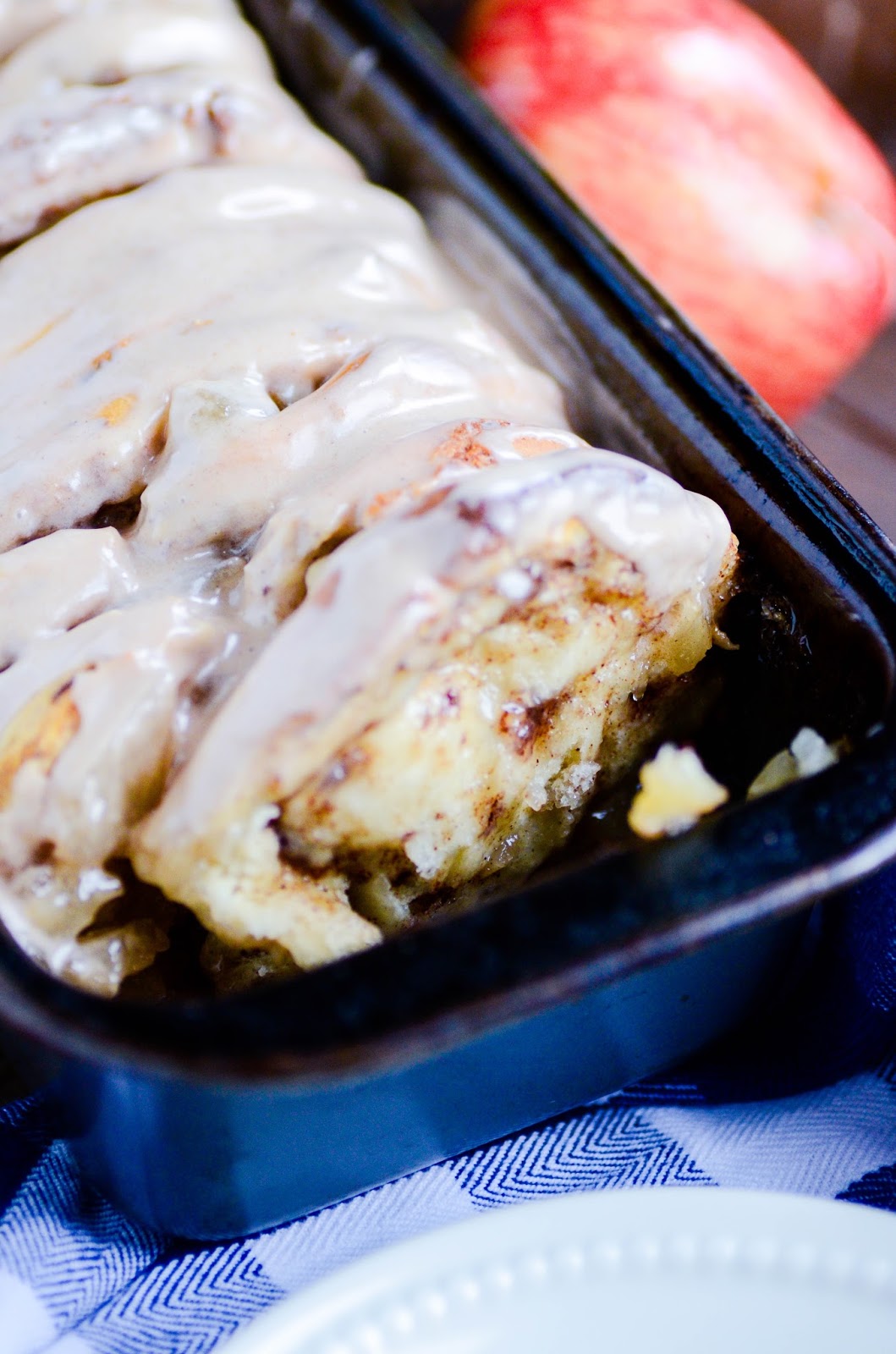