No need to choose between Cinnamon Rolls and Oatmeal when you make this Cinnamon Roll Oatmeal recipe. It’s such a delicious breakfast to start your morning and definitely a family favorite! 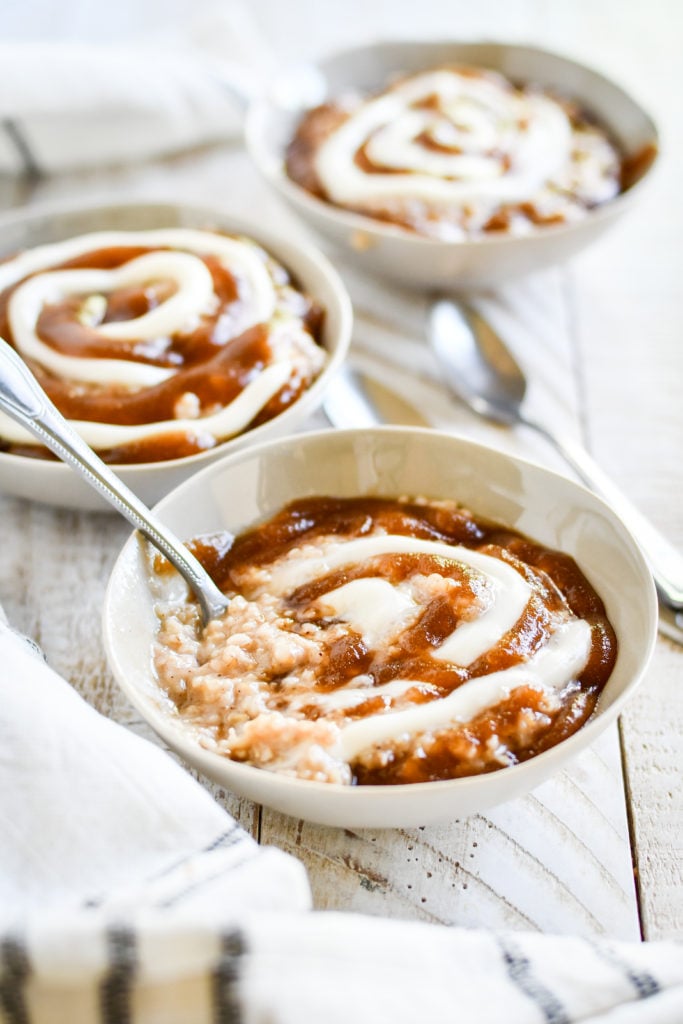 How do you Make Cinnamon Oatmeal Better?

And it is SO GOOD.

Making the cinnamon swirl and the icing for the top takes a little extra effort, but it’s totally worth it. 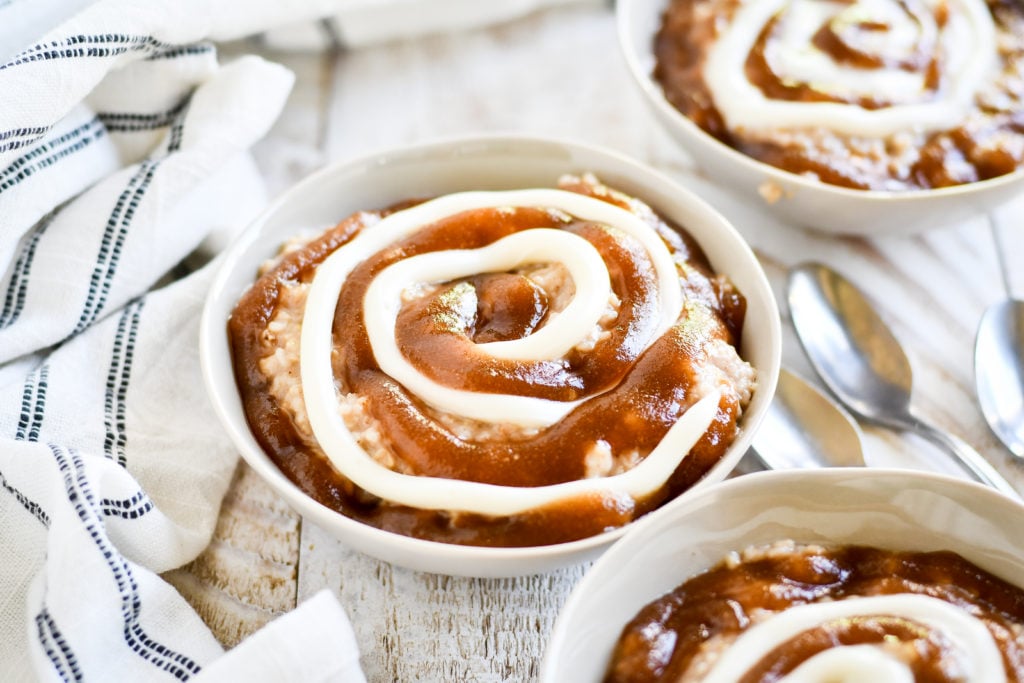 Is it Better to Make Oatmeal with Milk or Water?

I always use water to make oatmeal, and my husband always uses milk. Technically it’s fine either way. But here’s why I prefer water for making oatmeal:

‣ Since it takes longer for the milk to be absorbed by the oatmeal, the milk is exposed to direct contact with heat for a longer period of time = higher risk for burned milk.

‣ Oatmeal made with milk always turns into a goopy mess.

Pro Tip: if you like the creaminess from milk in your oatmeal, simply cook the oatmeal with a little less water than you normally do and add in milk at the end. The result will be a perfectly creamy, non-goopy texture! 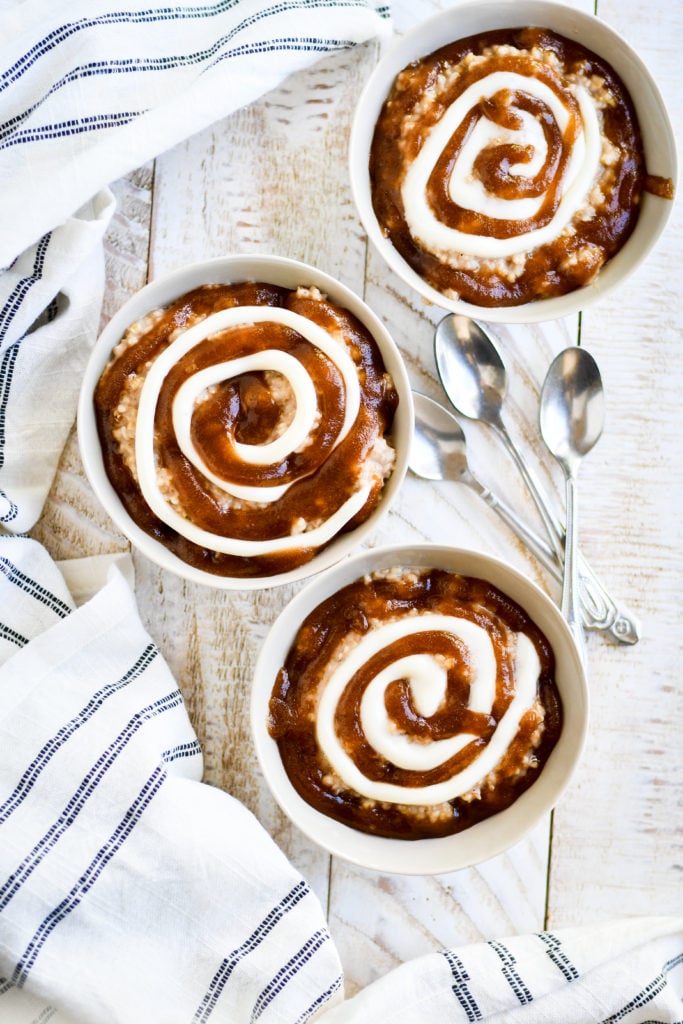 ➊ Cook oats according to the directions on the package.

➋ Mix the brown sugar, butter, and cinnamon to make the filling.

➌ Mix up the icing. Swirl or drizzle the filling and the icing over the cooked oats. Serve warm! 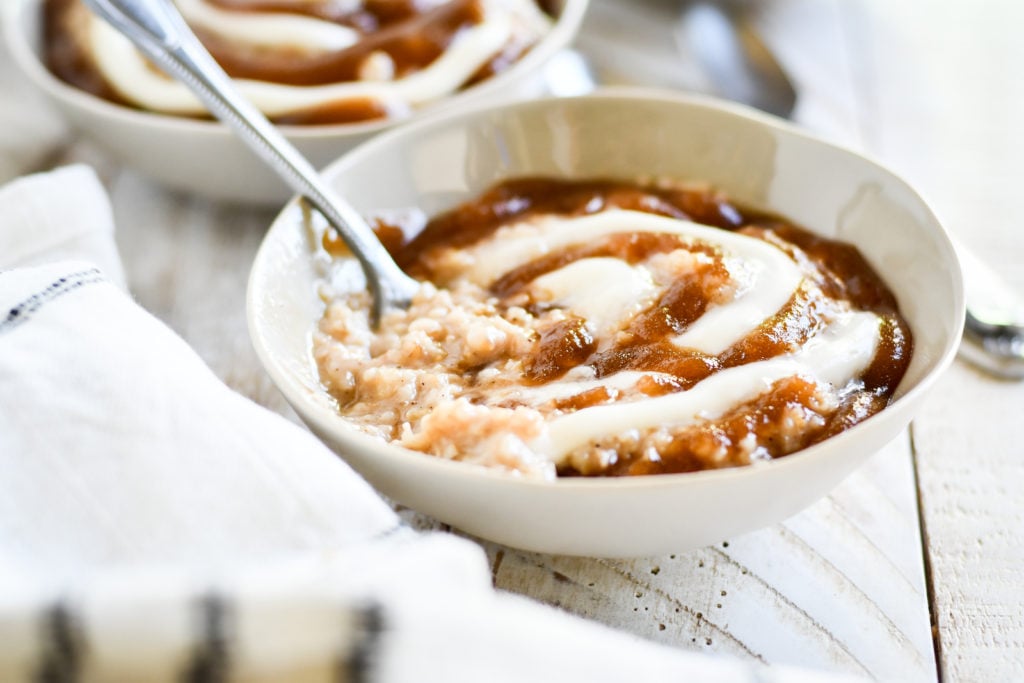 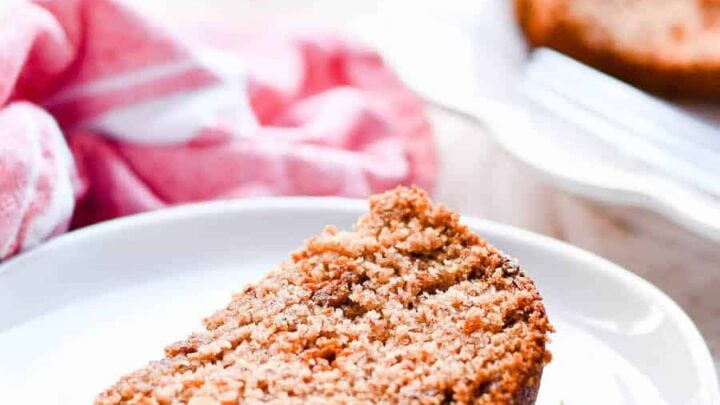 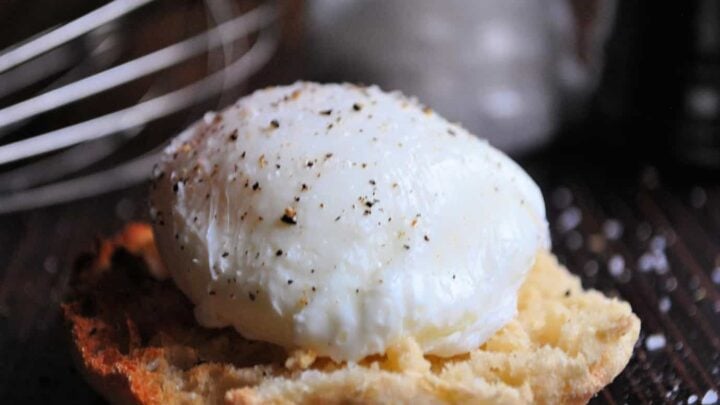 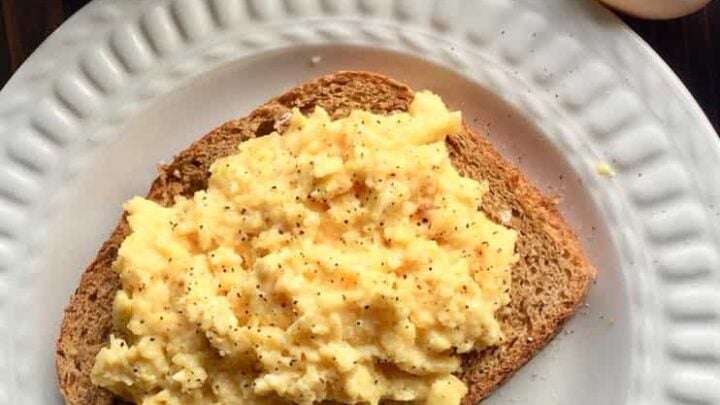