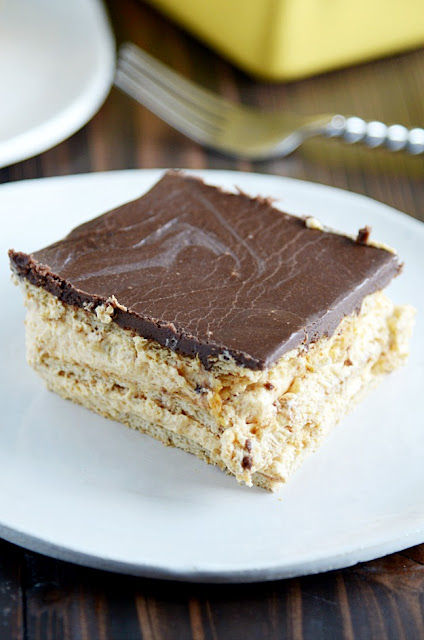 Pumpkin season has arrived!!
Even so, it still feels like summer here in NC. Hopefully we’ve got a cool front headed our way soon. But until then, it’s still too hot to want to turn on the oven very much.
It’s a good thing this Pumpkin Eclair Cake is totally no-bake! Have you ever made an eclair cake? Ridiculously easy and ridiculously good. Layers of graham crackers and pudding get together a form a nearly cake-like texture beneath a thick layer of chocolate. HEAVEN.
I switched up the traditional eclair cake for a more seasonally appropriate version. Instead of honey grahams, we’re using cinnamon graham crackers. And instead of vanilla pudding, we’re mixing in a little pumpkin! This is a perfect Fall dessert that you can whip up in a snap. Enjoy!